In a short time, Mr. Chuckwho has become a co-host on the Revival Motoring Podcast and a good friend! As I learn more and more about Chuck and his cars, I can tell you this. The man knows his medium. He falls somewhere between a mad scientist and a BMW savant. Mention something JDM, and he can probably steer you down the right path as well. Case and point this R32 Skyline. In between family, friends, day jobs, and M cars, he found the time to build a FAST, true JDM legend.

Before we get to the R32, let’s go back many years and explain what makes ChuckWho tic. His father is a car guy. The foundation had been laid; however, the realization of how cool cars are didn’t come until one impromptu meeting with a 300Z in a parking lot. A loud, cool-looking vehicle laying down some smoke was all it took for the maniacal car spark within to be lit.

Sometime later, his first performance car was sorted, A Subaru WRX. Quickly he learned that walking the tightrope of the daily commute and motoring fun was very difficult. As many of us learn early on, things break even more when you tend to mess with them and, of course, have a spirited drive or two. The Subaru allowed Chuck to see what could be achieved with minor bolt on’s and tunes. Of course, that leads to motor swaps, standalone management, and all of the woes that come with it. The WRX’s solidified the foundation for what was to come. The influence of friends who had German cars began to rub off. It was time for his first German car. A 1995 BMW 540 M Sport with a V8 and a six-speed was the next in line. From there, the love of German cars kept growing.

Things progressed, and a Volkswagen R32 with a blower was acquired. This car played a significant role, a conduit, if you will, of things to come. Around this time, there was another build going on. A business idea and opportunity sprouted from a simple mention had been set in motion. The timing was right, and the idea became a reality. With a burner cell phone and good friend Jesse Whitsell as the wrench turning mechanic, Chuck and company began BanchWerks.

Still operating today, BanchWerks allowed Chuck to learn and cut his teeth on many of his cars. The business began to grow. The shop got too small and had to move a few times. Each move would provide more and more experience in the car servicing industry.

A handful of other BMW’s would come, some you might see grace the pages of this magazine in the future. At some point along the way, Chuck’s love began to veer into the world of JDM legends. The idea was instilled years ago when his Dad mentioned a car called the Skyline in Japan. At some point, his mind was made up that he had to have one.

This R32 Skyline was a childhood dream that fortunately came true. Chuck’s friend had imported the car and determined that it was too nice to turn into a full-time track machine. The car was put up for sale, and Chuck leaped at the opportunity to own it.

Finally, a car that had been thought about for years was in his possession. But would it live up to the hype? Would this JDM legend be what everyone built it up to be? Yes, yes, it would. On Chuck’s first drive, he realized that the R32 Skyline was not as good as he had hoped but was even better than expected.

Ownership wasn’t enough; the plan? Make this car FAST. Chuck took a much more mature path with the Skyline. Yes, power and speed were a priority; however, reliability and longevity played a factor. The rabbit hole had begun to take shape.

The car was given a hefty amount of forced induction upgrades. All while making sure cooling and oiling were taken care of, an AEM Infinity handled the mix of suck bang blow. The car was tuned by a local aptly named Turbo Mike. Chuck’s childhood beast was now churning out nearly 700HP to the wheels.

Now that this GTR was moving at an alarming rate, it was time to add some stopping power. A Stoptech brake kit is now fitted as well as new rollers and rubber. Chuck admits the rabbit hole got deep quickly, but this was a dream that came true. He wanted to keep the well-oiled machine a well-oiled machine. HKS coil overs fitted along with some strut and sway bars also help keeping the GTR glued to the road. Some exterior bits, including Ganador mirrors and carbon fiber aero, complete the package.

As I mentioned earlier, Chuck owns a handful of other cars. This GTR has been the flavor of the month for the past few years. Driving it to local shows and meets, the spirited drive on a Sunday morning to grab breakfast is almost ritual now. His Daughter loves going for rides in the Skyline, so he correctly influences the next generation.

We photographed this car at the beginning of last summer. Since then, it has had a set of Volk TE37’s fitted in place of the Werk wheels. Riding in this car is not only exhilarating but informative. How so? Because Chuck can tell you damn near everything that is going on with the vehicle, yes, gauges provide some instant feedback, but his knowledge of how the machine is running is most impressive. This car is a well-oiled machine, and Chuck is the perfect caretaker! 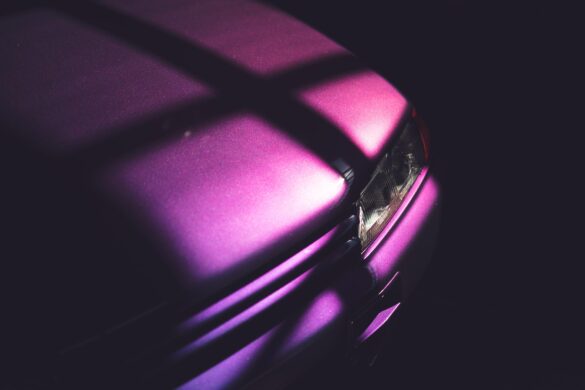 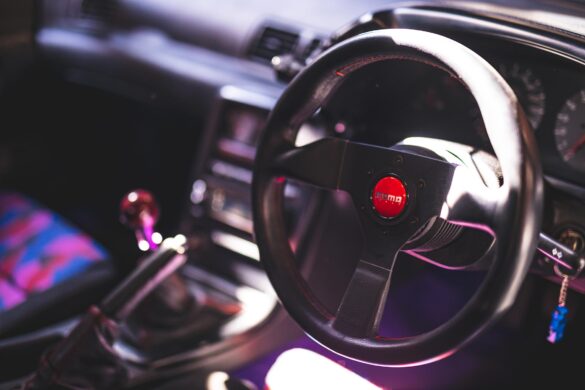 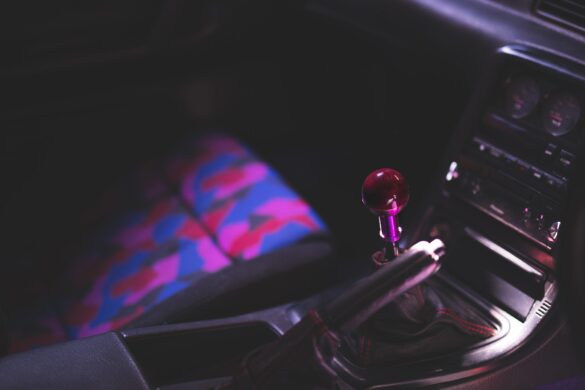 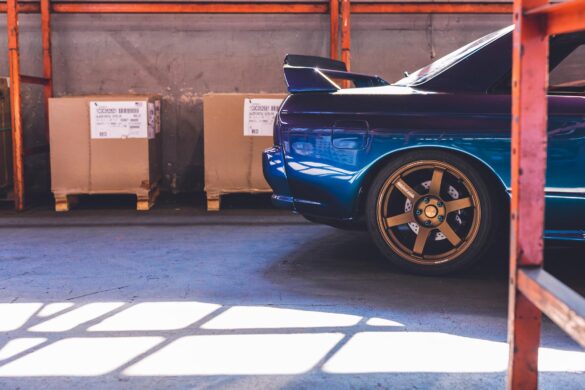 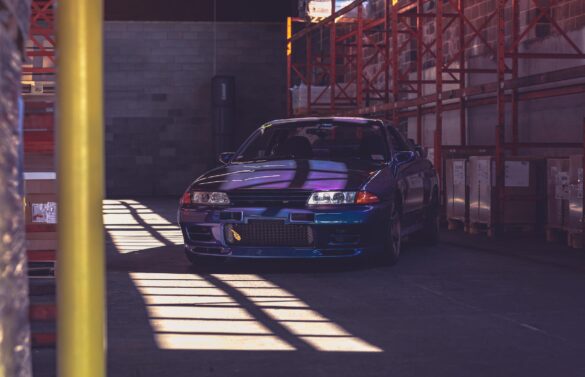 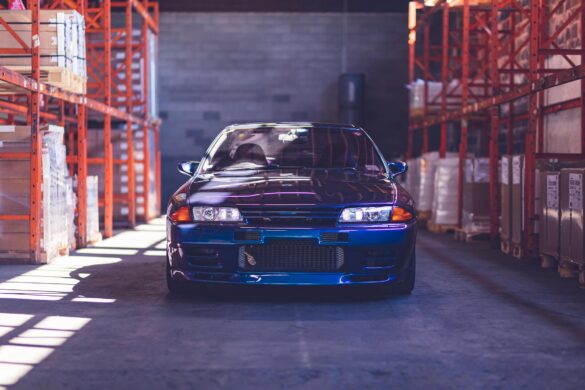 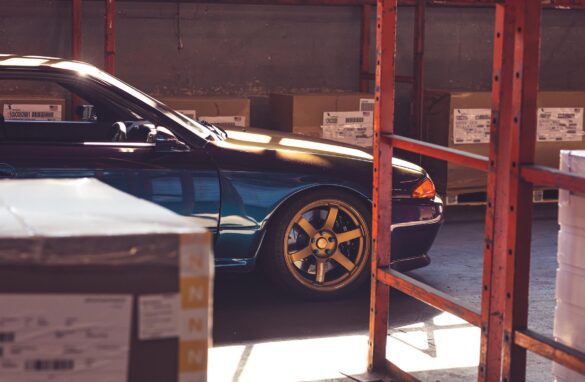 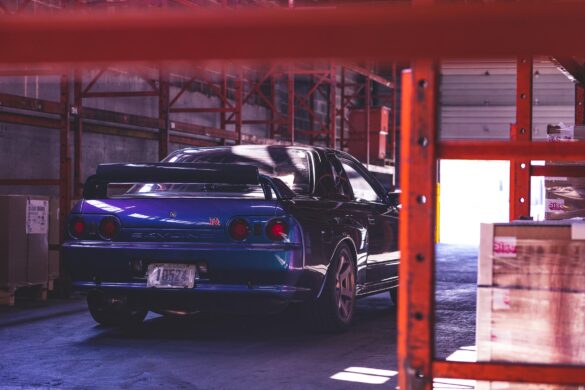 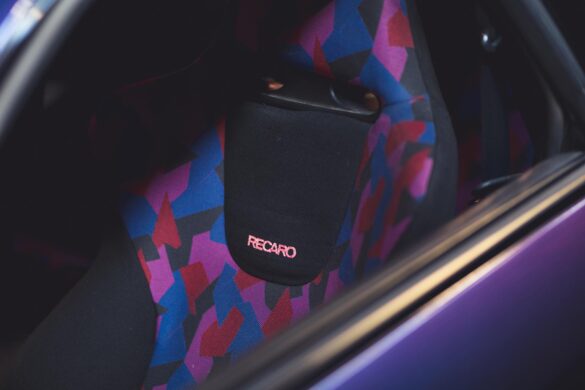