No matter how much we try and quarantine or adhere to this “new normal,” we all have our needs. Those needs for us, at least, include substantial amounts of automotive adventures. Not being able to put on any parties or events with more than a few people, we needed to develop something fun to do car-related, of course.

After a recent vacation, where I drove into New Hampshire, I thought it might be fun to put together a drive with some other people. We would stay far enough away yet hang out together and drive some incredible roads.

All kinds of things have to be thought about living in a world with an ongoing pandemic. Will people be able to travel from other states? Would people participate? Sure, we can practice social distancing, but would a convoy of cars bring too much-unwanted attention? There was only one way to find out. We pressed on and were very surprised by the immediate response.

So on August 15th, 2020, the boys and I, with roughly 50 other people and cars, set out from Providence, RI. Our destination, the top of Mount Washington. It was approximately a 5 hour one-way trip to the top. We had a few stops on the way so everyone could gas up or grab a snack. We also had the luxury of driving a car that we have spoken about more than a few times on the podcast. The two-thousand twenty Toyota Supra GR. While planning the rally, we teased a surprise. The Supra being it. We got to hit some great roads on the drive up, in a very important car.

The Supra is crucial because it is one of only a few pure sports cars accessible to almost everyone. Sure, you can complain about it mainly consisting of BMW parts and design.

That argument will fall on deaf ears. It’s old. We get it. Frankly, we don’t care. It is a two-door coupe, plenty of power, it looks more expensive than it is, and feels unique. It is a car that is both recognized and loved by all types of people on the road. It is a Supra. Young to old, everyone acknowledges the badging and gives thumbs up or says nice car. It stands out, especially in Nitro Yellow. I was genuinely surprised by how much I enjoyed my time with the vehicle. It is not another SUV or some hybrid bologna. It is proof that two-seater cars built with fun and sportiness are still lusted after.

Over the years, the legend of the Supra has grown to almost unrealistic expectations. Some people seem to forget that the mark four Supra didn’t come with eight hundred horsepower from the factory. Nor did it come with bright orange paint and silver graphics on the side. It was an excellent platform for tuners to start. Which is precisely what the mark five Supra is. It is primed and ready to be modified or the route I think I would go, perfectly suitable to be left alone.

With that said, sure, it is not a perfect car. The wind buffering within the cabin gets annoying; the lack of an Android-based interface with the infotainment system is very frustrating. If you have an Apple phone, you can pair wirelessly and have your phone and car sync in a seamless manner. These are specific quirks that I feel like I am reaching for to complain about. They’re in no way a deal-breaker.

The Supra shined on some of New Hampshire’s best roads. Traveling up the Kanc and onto Bear Knotch road was a great experience. Friends in tow, power on tap. For the first time since early 2020, things felt familiar and fun.

We continued on our trek towards mount Washington. We had thankfully only managed to lose a couple of participants due to mechanical issues. We won’t get into that here.

We reached the base of the mountain, and everyone was excited to begin the ascent. We wanted to capture the Supra climbing, so we took our time making our way to the top. Corey in the driver’s seat as we climbed the mountain. I quickly realized I’m not too fond of heights. I am especially not too fond of heights while being a passenger. We slowly made our way, stopping at some of the most incredible vantage points on the east coast on the way up to photograph the Supra. The weather was perfect! Clouds would roll in and then out, and it made for one of my favorite photoshoots to date. The rest of the rally crew had made their ascent and were waiting for us at the top. A small yet crowning achievement, we took a bunch of like-minded automotive enthusiasts and enjoyed some of the best things the east coast has to offer. Great roads, a climb to the highest point for 1000’s of miles, and a memorable day during a shitty year. Thanks to all who came along for the ride, thanks to Toyota for the loaner! Now we plan for the next one! 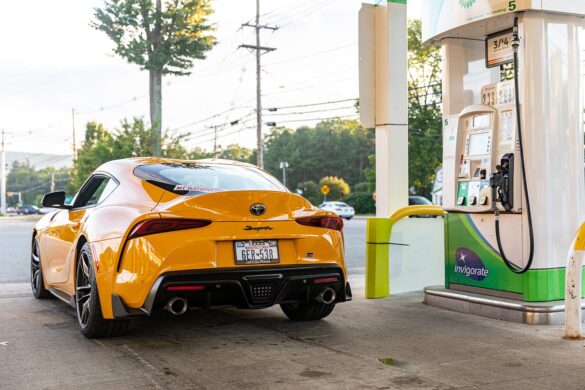 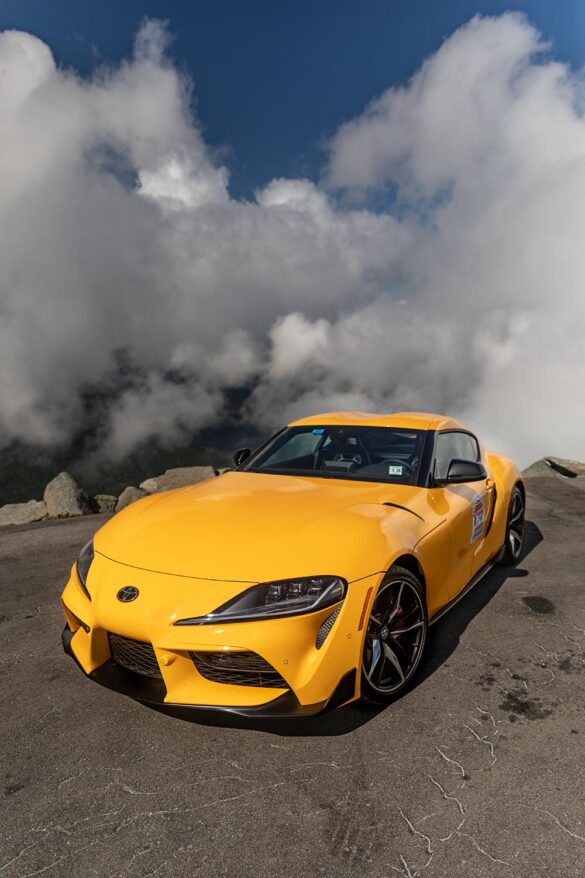 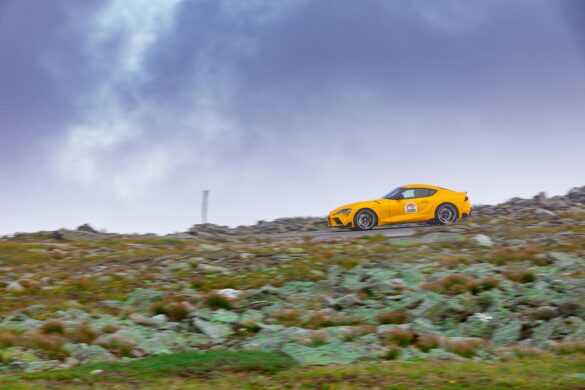 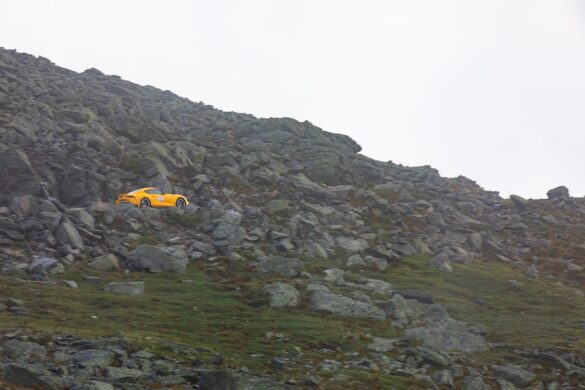 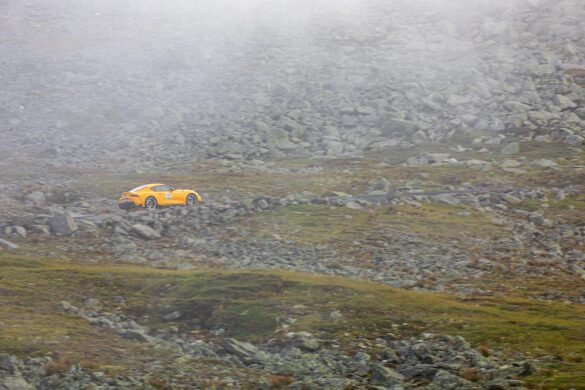 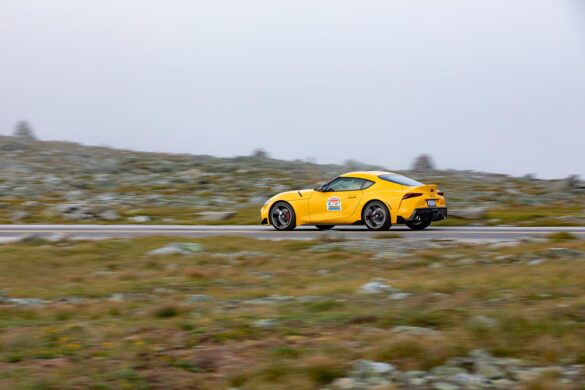 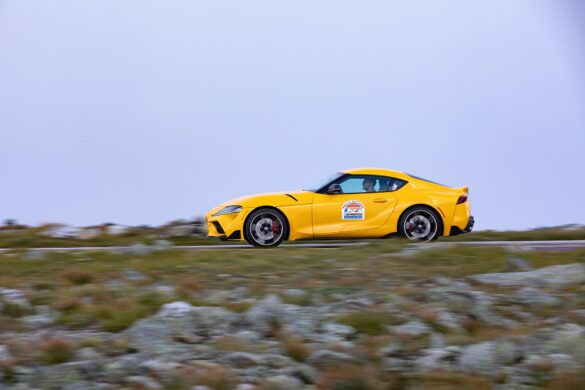 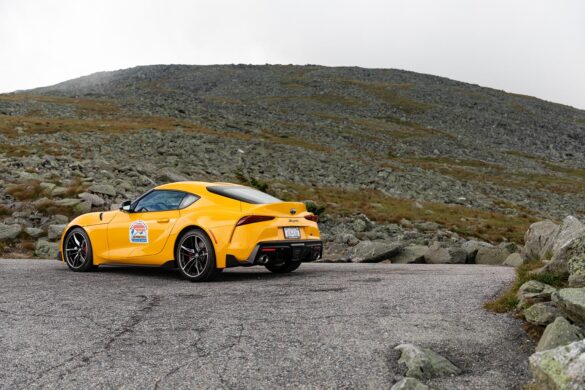 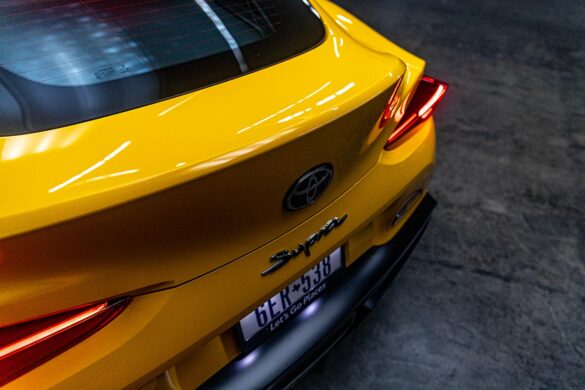