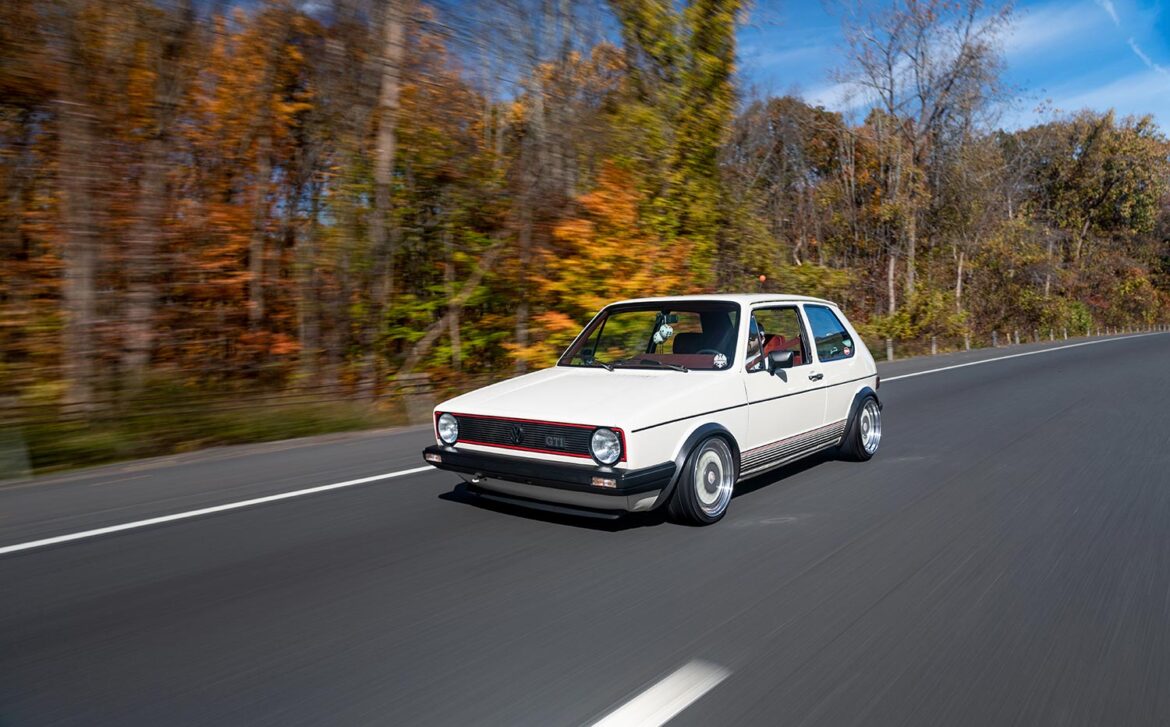 Over the past decade, I have watched some great friends get married, have children, move to new places. I got hitched. I have kids, and it’s beautiful. However, at first, if you’re a motoring enthusiast, there is some fear. Fear that your first love and addiction to all things motoring might suffer or take a back seat. In some cases, it does. Is that a bad thing? No. It just means that your priorities might have changed along the way, and that is okay.

Others? Well, they like I have hit the lottery. There is still time for motoring, and there is still time for a project car. It may not be a garage hang every night. It may not be all the leisurely freedom you once had. Yet, in between feedings or baths, you get moments that make you appreciate the time and effort yourself or someone else has poured into a project. You’re lucky enough to have a partner who understands your petrol problem.

Jay Nowakowski set his eyes on this 1984 Volkswagen GTI, and, for over fifteen years, he has molded it into its current state. Sure his life has changed. Marriage, twins, a career. All pieces that come together to make him who he is: a Husband, A Dad, and a motoring junkie.

Long before the online auctions, the rulers of the online barter playground were forums. That happens to be where Jay found and purchased this GTI. The combination of white paint, red seats, and an on-target price were too right to pass up. After some inspection, the deal was complete, and the car was in Jay’s possession. As is in most cases, the first step was to enjoy it, drive it, soak in the freshness of a sought-after project car.

A quick shifter linkage fix leads to some driving fun. Another minor repair here or there, the car was being enjoyed as it should be. Over the next few years, some small bits added, tinkered.

At one point, the vehicle began to experience a hot start issue. It would vapor lock and not start for hours, quickly becoming an annoyance that needed to be addressed. Jay decided it was time. The motor was pulled. The build is now fully initiated.

Before the replacement engine was sorted, Jay began working on the bay. Focused on cleaning things up, seam sealing, body working, and priming, each step getting closer to wet sanding and spraying.

Disaster, overnight, the seam sealing performed had failed. All of the bodywork and sealer would have to be removed — a huge mess and a hurdle that would sideline Jay’s momentum for three years. Priorities changed. At the time, the overwhelming task of redoing what was already started was put on the back burner the car would sit.

We are human, and things can change. The itch for motorcycles, career changes, family life set in. The point is that it is okay to leave something for a while and come back to it. With that growth and change, Jay started a new career at Sports Car Restoration. This new path would ultimately benefit his build. A job he landed in a roundabout way due to this project. Throughout his ownership of the car, he had learned to tackle anything and everything himself. The job and the car were seemingly a perfect match for Jay.

After the break, it was time for Jay to rekindle his love for the GTI. The long road back began with the final decision on what would power this little Volkswagen. Jay decided it would be an ABA. Not just any ABA, however. This powerplant was an OBD1 2.0 ABA, .40over 11.5:1. JE Pistons, Pauter rods a forged crank balanced and knife-edged. The laundry list of engine mods is extensive. Jay spent the time creating a carbed powerplant that perfectly suited the car.

You can find plastic euro bumpers, a euro tail panel, a round swap, and a Rabbit C wiperless hatch working your way around the car. The white paint buffed and brought to life in contrast with the lower decals works in a great combination. The visual effect of the lower graphic leading to the wheels is stunning. It is truly a mix of the pieces coming together to give the car a fluid feel from top to bottom and front to back. What had always stuck out to me about Jay’s GTI was that it just works. The pieces come together as if they had always been.

I asked Jay what his favorite part of the car is. It was a toss-up between the wheels and engine build. Sure, these parts are significant and make the car look and sound fantastic. However, what really shines thru as a favorite part is the build itself. This car is clearly a part of Jay’s life. The list of friends and memories it is responsible for is almost endless. It was a teaching tool, a metallic reason for Jay to meet friends and unknowingly create memories that will be cherished. From backyard barbeques to nights on the strip in Ocean City, this is more than a car to Jay, even if he is All Grown Up. 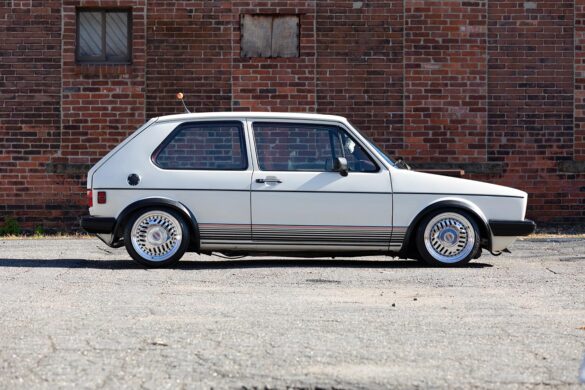 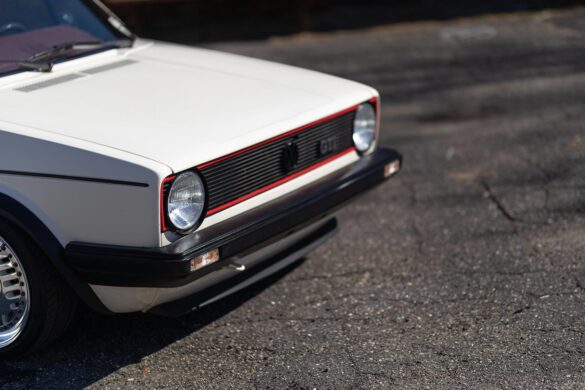 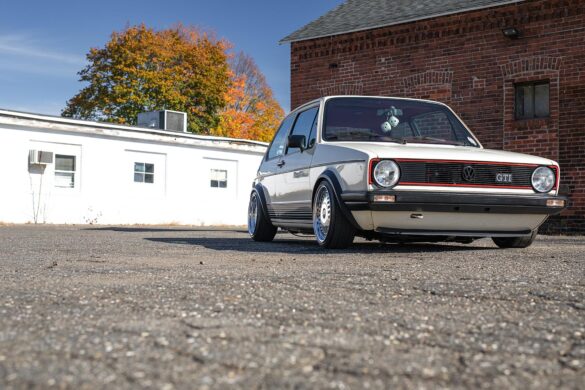 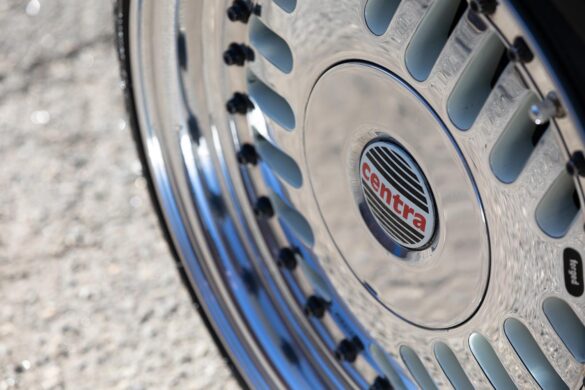 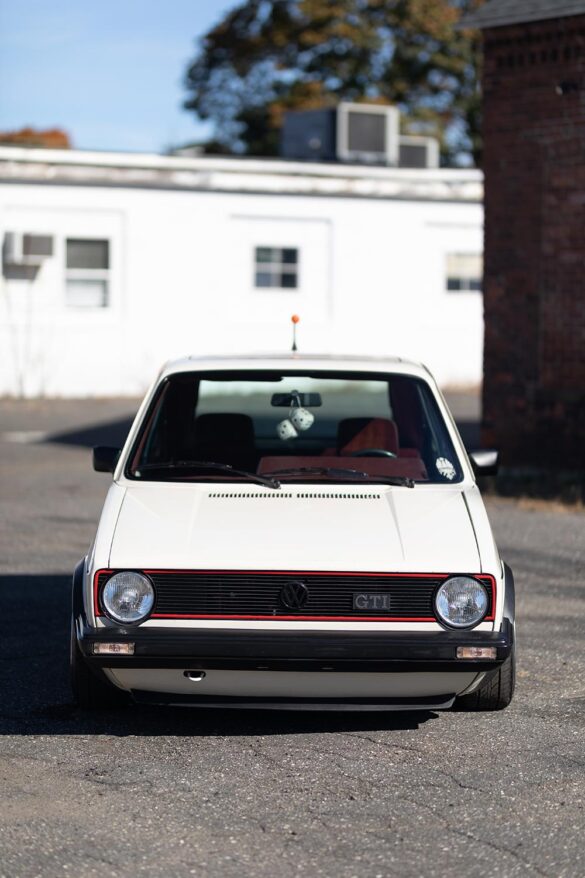 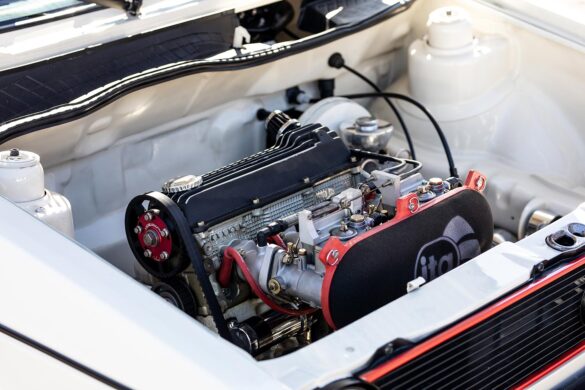 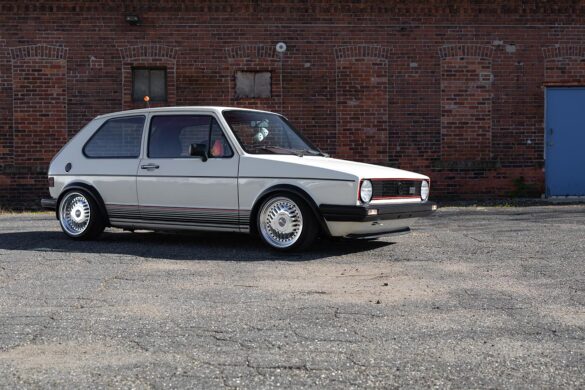 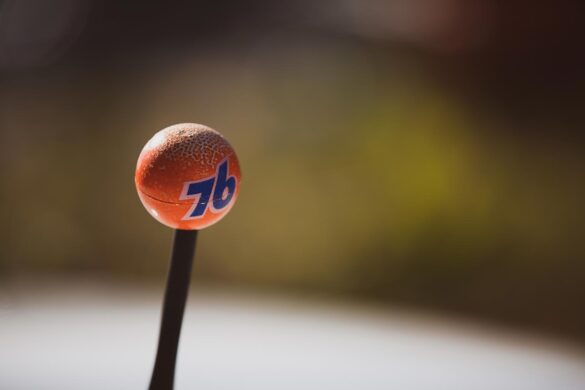 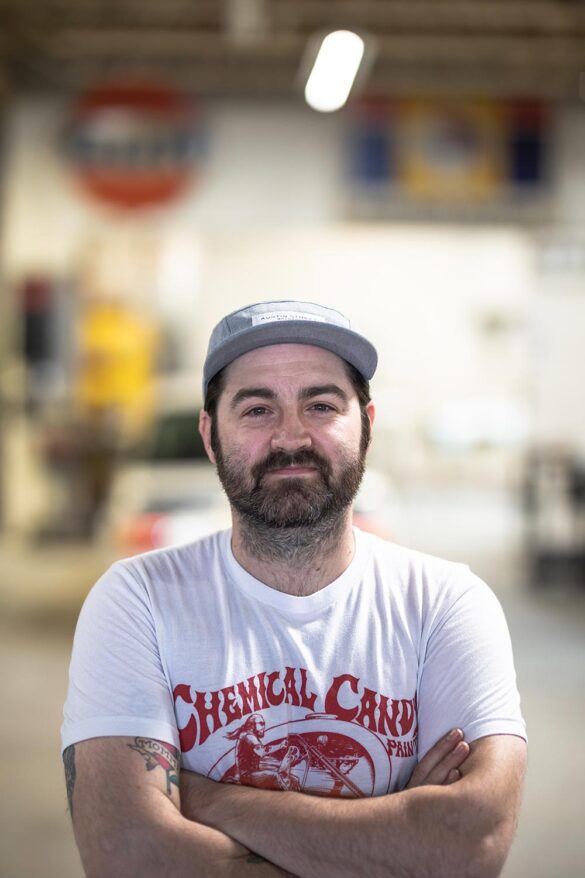 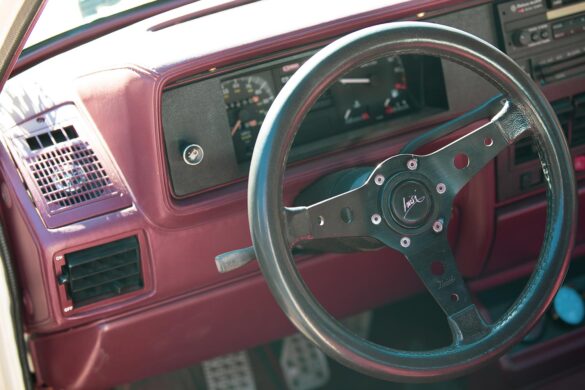 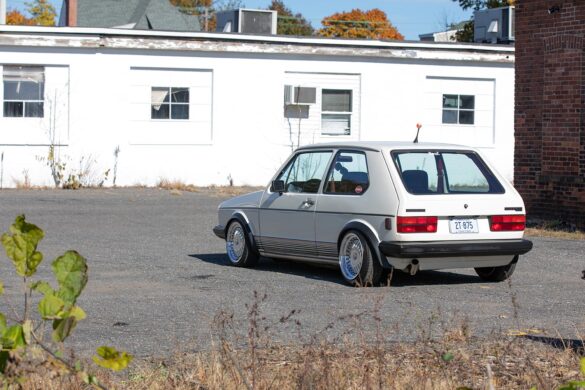 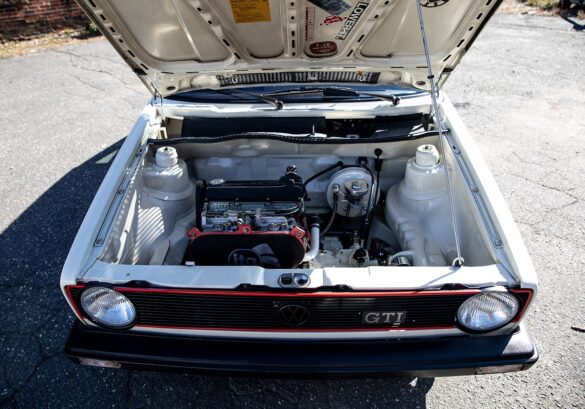